Before LCD Soundsystem officially said goodbye, James Murphy and co. went into the studio one final time and recorded a cover of “Live Alone” by Franz Ferdinand for a Record Store Day (this Saturday) release for Domino Records. LCD’s cover of “Live Alone” will be found on the appropriately titled Covers EP along with other Franz Ferdinand covers from Peaches and The Magnetic Fields’ Stephin Merritt.

LCD Soundsystem’s cover is available for streaming on the SoundCloud widget below: 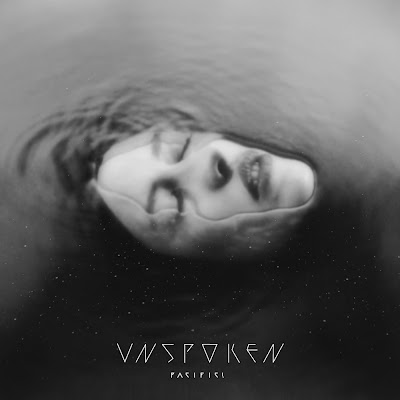 One of the most important acts of the successful indie-electro-synth-pop scene in Gothenburg on the Swedish west coast is Pacific!. Signed to Alan Braxe’s Vulture label, they are set to release the next single called “Unspoken” from their album/alt pop ballet “Narcissus” on April 18. “Unspoken” features the delicate vocals of Swedish indie princess El Perro Del Mar and tells the story about Echo, who is rejected by the vain Narcissus. Pining for him, but with her love unanswered, she is slowly whithering away until only her voice is left. The album was actually written with a live performance to accompany a modern ballet in mind, and the whole opera was premiered last year in Gothenburg.

The single will include remixes by Santiago & Bushido, Moonlight Matters, Alex Gopher & Pierrick Devin and Anoraak. Even though the Moonlight Matters remix is his usual perfect disco, we chose to post the Anoraak remix, which in true Anoraak fashion starts off pretty slow and then just builds and builds

Brought To You By Tracasseur – View The Original Posting HERE

This one is dedicated to Lil Pixie & Conrad Rayden

Roman Ruins is Graham Hill’s solo project. He does this woozy remix of one of the poppiest tracks on Teen Dream, “Lover Of Mine.” And Hill is pretty familiar with the source material — he’s Beach House’s touring drummer, as well as the drummer for frequent Beach House tourmate Papercuts.

Teen Dream is out now via Sub Pop. Roman Ruins’s Pastor/Al 7-inch is out now via Gold Robot Records. The 7-inch was a collaboration between artist Hunter Mack and Graham Hill — the songs were inspired by the cover are that Mack recreated.

Scouring through some of my favorite blogospheres (We All Want Someone To Shout For, Tympanogram, The Music Slut, etc.), I’ve found a new band that I’m definitely digging: Canada’s Own Young Empires.  Their latest offering is a song called “White Doves”.  The video and MP3 are below.

Drenched with emotional heartfelt lyricism, throttling kick drums, and “a calm Friendly Fires mixed with The Cure’s vocals (WAWSTSF)”, this band is one to look out for, fo sho’!

Miniature Tigers perform Bullfighter Jacket at The Troubadour in Los Angeles on March 25, 2010